The Leçons de Ténèbres by Lalande are not that well known, and Couperin’s Concerts royaux are not that often played with only one violin. That makes this disc an attractive proposal, also because of the generally good quality of the performances[.]
…
These performances with a single violin lend them a kind of intimacy, as they could have sounded in the private chambers of the King. That intimacy is even enhanced by the use of a spinet rather than a two-manual harpsichord in the basso continuo.
…
I have greatly enjoyed [Rosemary Galton’s] performance which is stylish and expressive. She avoids any vibrato, varies the dynamics and uses a historical pronunciation of Latin. The text is always clearly understandable. The performances of Couperin’s Concerts Royaux are just as good as Rafael Font delivers a differentiated interpretation.

Leçons de Ténèbres, literally ‘lessons of darkness’, are perhaps the most mystical and alluring pieces that have survived the mid-Baroque. When performed in church during Holy Week, the Tenebrae service uses the text from the Lamentations of Jeremiah and applies it allegorically to three days of mourning for Christ between his crucifixion and resurrection. However, Leçons de Ténèbres were much more private and intimate constructions, often being performed in Louis XIV’s rooms at Versailles before being aired in his chapel. One particularly famous anecdote features de Lalande’s fifteen-yearold daughter performing the Leçons de Ténèbres for the King in his living room; she went on to become the talk of Paris.

A contemporary of Lully and François Couperin, de Lalande was born in Paris in 1657 and, in addition to teaching music to the daughters of Louis XIV, was director of the chapel royal from 1714 until 1726 when he died in Versailles. Couperin was also born in Paris and was originally taught music by his father Charles. He had a productive and successful musical career which gained him two titles: firstly in 1693 he succeeded his organ teacher Thomelin and became ‘Organiste du Roi’; then in 1717 he was also bestowed a composer’s title ‘Ordinaire de la musique de la chambre du Roi’. He died in 1733.

The French in their airs aim at the soft, the easie, the flowing, and coherent: the whole air is of the same tone, or if sometimes they venture to vary it, they do it with so many preparations, they so qualifie it, that still the air seems to be as natural and consistent as if they had attempted no change at all; there is nothing bold and adventurous in it; it’s all equal and of a piece. …The French would think themselves undone, if they offended in the least against the rules; they flatter, tickle, and court the ear, and are still doubtful of success, tho’ ev’ry thing be done with an exact regularity.

Most settings of the Leçons are scored for solo voice and basso continuo, though there are many examples (including Couperin’s third published Leçon) that do not follow that trend. Sadly we only have three surviving Leçons, of an original nine (three for each day of mourning), from both de Lalande and Couperin. Although sometimes harmonically indulgent, the music itself is meditative and introspective, offering a highly intimate and enlightening experience.

Sometimes we meet with a swelling, to which the first notes of the thoroughbass jar so harshly, as the ear is highly offended with it; but the bass, continuing to play on, returns at last to the swelling with such beautiful intervals, that we quickly discover the composer’s design in the choice of those dischords, was to give the hearer a more true and perfect relish of the ravishing notes that on a sudden restore the whole harmony. Let a Frenchman be set to sing one of these dissonances, and he’ll want courage enough to support it with the resolution wherewith it must be sustain’d to make it succeed; his ear, being accustom’d to the most soft and natural intervals, is startled at such irregularity; he trembles and is in a sweat whilst he attempts to sing it.

Music performed perhaps more often than the Leçons de Ténèbres in Louis XIV’s court included regular chamber concerts. Court composers like Couperin would write music especially for such occasions: he and his colleagues would perform a concert there every Sunday. Couperin tells us in his preface that the Concerts Royaux were specifically written for these concerts. The suites were composed between the period 1714-15 and then published in 1722 with a preface from Couperin that confirmed the versatility of these pieces: he writes ‘They are suitable not only for the harpsichord, but also the violin, the flute, the oboe, the viol, and the bassoon.’

Couperin then supplemented this published collection in 1724 with another set of suites called Les Goûts Réünis ou Nouveaux Councerts (‘The Reunited [French and Italian] Styles or New Concerts’). 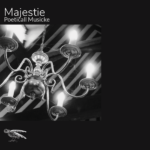